Tonight I attended the monthly meeting of my local Democrat Executive Committee. I represent my ward with my male counterpart Dave.

We didn’t do very well in this recent election. There was disappointment but still a light mood in the room. Until 2016, the Democrats had no organization in East Tennessee at all.

Two of the women there had worked the polls. “Up came this lady, had to be 80, with a walker!”

“‘What brings you out today?’ And she said, ‘The President called me personally.'”

There were a couple groans. 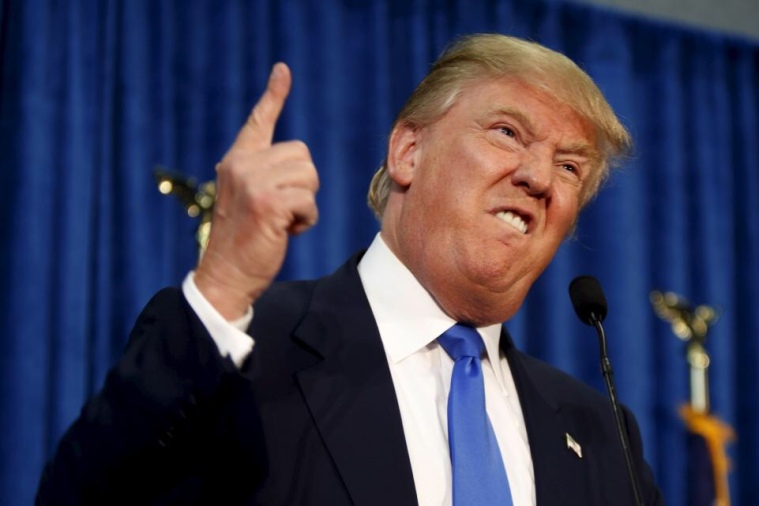 “There were wheelchairs and walkers and oxygen tanks…. It was unreal. They really came out for him.”

Of course, Donald Trump did not call those people personally. They’re doing amazingly weird things with interactive recordings lately. But these people don’t even go to the grocery and she said many of them were voting for the first time in their lives.

So this is the final destination of the ‘Tune in, turn on, drop out’ generation; Hanging onto influence by their brittle fingernails to support a guy who’s been ripping them off for 40 years. I guess that’s what turning off gets you.

They were young during the longest sustained period of prosperity in modern history and failed to use much of it to maintain the legacy the first half of the century left them: Infrastructure.

Bridges are crumbling and the electrical grid is frighteningly out of date. The economy continues to lurch in a bubble of market-driven inflation that doesn’t extend to the nitty-gritty daily lives of millions of people. Prices go up and wages don’t. Somehow in the midst of grabbing up property on the cheap, the biggest generation in history forgot to ensure the stability of those who came behind them.

As a 90s kid, I grew up in the first big wave of Boomer nostalgia. They were in their 30s and 40s and gave us the Beatles Anthology and Austin Powers. TV stations like VH1 broadcast documentaries about idols of the 60s and 70s until it seemed like there was no one left unmemorialized.

The Boomers were activists who stared down the National Guard and ended Vietnam. Hippie chic meshed flawlessly with the remnants of Grunge and psychedelia made a comeback.

The buildup to the Iraq War happened the Spring of my first year in college. At 19 it slowly dawned on me how little progress had actually been made in a lot of areas. The Military Industrial Complex was alive and kicking, and the Baby Boomers were leading the charge.

The Me Generation took over as the largest voting bloc in the early 80s. How is it that the Hippies gave us Reaganomics?

It’s actually quite simple. I found a fascinating New York Times article dated November 5, 1984. A woman from New Hampshire is quoted as saying, ”I guess I have more to lose now.” Mary Beater admitted, “I’ve gotten attached to my creature comforts. I’ve started having a vested interest in the status quo, because I am the status quo.” 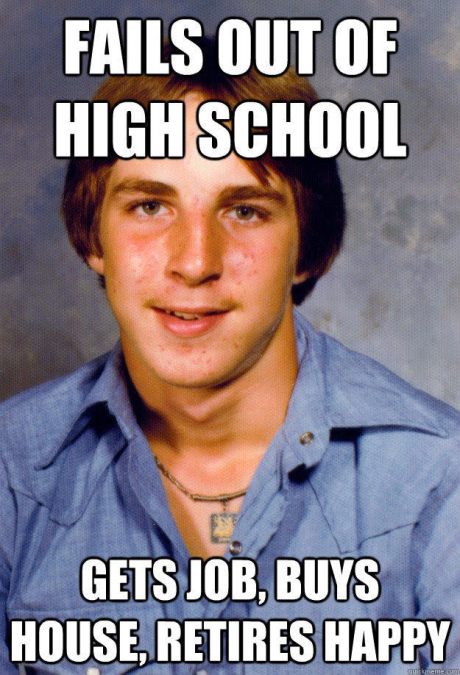 Such candid, clueless irony is typical of privileged people. At 36, Mrs. Beater was too young to have attended Woodstock but she concisely condensed the spirit of the age – Self-fulfillment.

They danced, they did drugs and then they bought houses and had key parties. The kids raised on TV dinners gave us cable TV, latchkey kids and skyrocketing divorce. They commodified everything they touched. (Pet rocks?)

The New York Times of 1984 said, “The tax issue is critical to many born in the baby boom.” Mrs. Beater “was a Democrat while in college.” She tells the paper, “I’m tired of being the middle class that pays for all of those giveaways.”

I’ve got mine, fuck you.

Why give back to the society that allowed you to be comfortable? Gratitude isn’t cool.

In one paragraph, this woman says she’s for the status quo then argues for dismantling the national safety net.

She’s for the parts of the establishment that benefit her. And she’s not embarrassed to tell you all about it.

Those of us who came after have always lived in their shadow. We Millennials are actually even bigger than they are. We are also more diverse. We have been waiting nearly 40 years for them to step aside but, as the oldest of them approach 75, they are losing their pretense.

Donald Trump is their favorite because he is a perfect embodiment of everything they really want – Whatever they want. Money, fame and power. But not for anything as high-minded as controlling an empire. The whole thing is an elaborate smokescreen for getting away with whatever they’re into at the moment.

Millennials became the largest bloc of voters in 2016. But the Boomers are staying true to form. They are using their accumulated influence to extend their reign over culture.

The Democrat meeting ended early. Putting in the effort to make a difference and getting nowhere knocks the wind out of you for a minute. Hopeful words from 50 years ago rang in my ears, about the passage of time. How the next generation will inevitably win.

It finally popped in 2007. It pulled the rug from under the Xers and made our brand-new degrees worthless. Those coming behind us know what’s up. The other day I was talking with a 20-year-old who said her teen dream was to be a dental hygienist.

The Democrats still managed to take the House of Representatives. The next few years are going to be riveting as the Digital Natives try to pull the reins from the group whose parents curated an entire culture for them to grow up in. Expect the passing generation to grab everything they can on their way out. 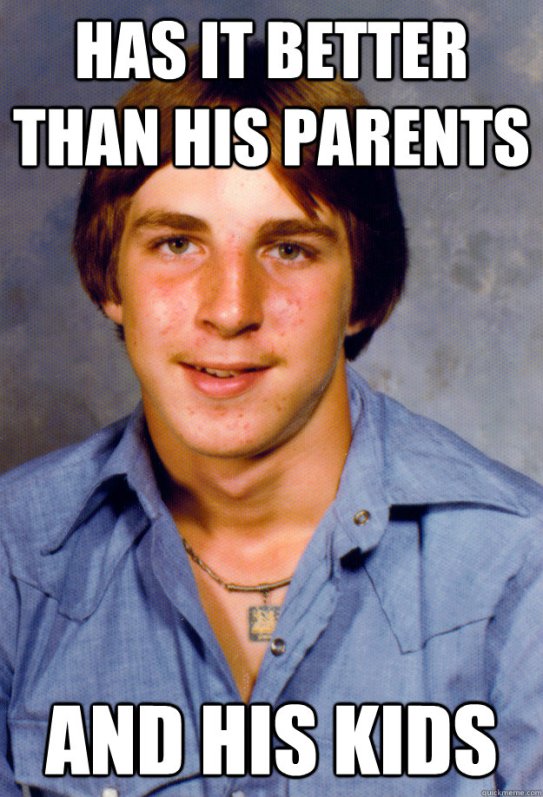