Political lesbianism has always been controversial.

Which may very well be good advice. But the group promoting this plan, the Revolutionary Feminists, were very much literal and total in their meaning.

Choose to Be A Lesbian?

Their most famous outing was a booklet published in 1981. It established, among other things, that lesbianism is a choice any woman can make.

Wait a minute. Sexual orientation is a choice? That’s exactly the opposite of the foundation of the Gay Rights Movement. Gay people can’t just choose to be straight. And vice-versa.

The biggest name in Revolutionary Feminism these days (not to be confused with Radical Feminism) is Julie Bindel. She has an active Twitter, which I have followed for some time. She publishes books and magazine articles. She is intelligent, caring and articulate.

– The whole is greater than the sum of its parts.

“I also suspect,” says Bindel with her nose firmly in the air, “that it is very difficult to spend your daily life fighting against male violence, only to share a bed with a man come the evening.”

I guess. If you see all men like photocopies of the same man over and over, varying only in levels of clarity.

The individual is not the group. The intellectual laziness of this position almost outweighs its discussion.

Except that it persists. Author Maura Dudas’ amusingly relatable musing captures the conundrum: “I can’t seem to fathom how in the 60s, in the midst of flower power,… this hateful movement survived and how greater problems of the era seemed not to enjoy prominence for these people.”

Living unaffected amidst the Civil Rights Movement does seem a little odd. Could this be the root of the hated, exclusionary so-called “White Feminism” I’ve heard so much about? Because I’m very white but arguably more Feminist than anyone who puts race or class above sex.

The Revolutionary Feminist booklet was seized on by anti-feminists and used to smear the whole movement. “Man-hating dykes” suddenly didn’t seem like an exaggerated description.

Revolutionary Feminism assumes all women to be superior to all men.

I can’t say this thought has never occurred to me. But sexism is sexism, ladies! We are supposed to be fighting that, remember?

Julie Bindel is the one who put forth the completely unhelpful suggestion that we collect all the men on an island reserve. Straight women could borrow them “like library books.”

How anyone takes this seriously is beyond me.

But it has real consequences for actual lesbians. 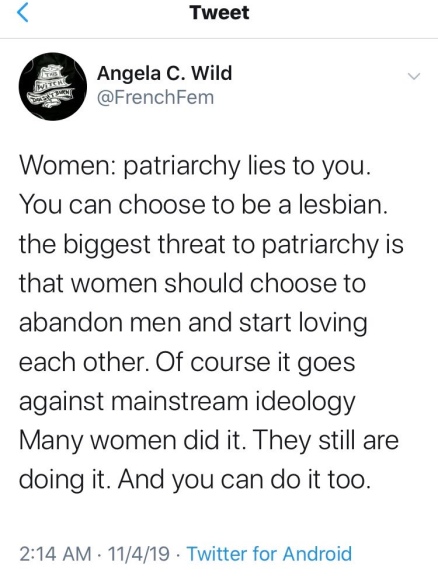 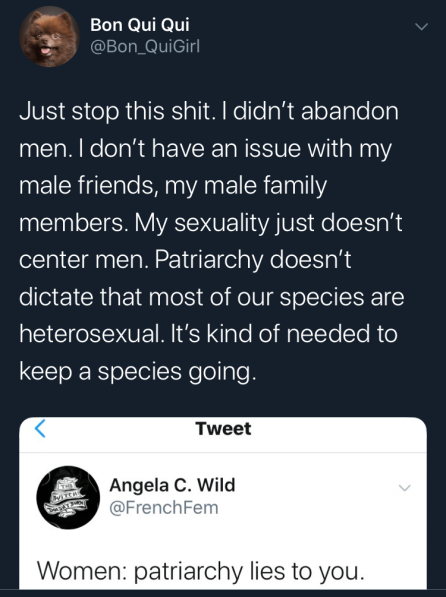 Women who love other women are fetishized and misunderstood. They do not choose to be lesbians as a rejection of men. Newsflash: Lesbians’ sexuality doesn’t have anything to do with men! 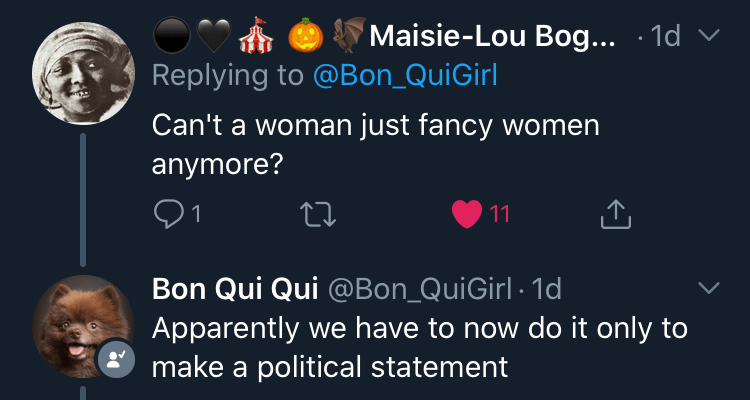 But all of this is pretty definitive. I’m not leaving much room for individual interpretation.

Postmodernism is the philosophical concept that objective reality doesn’t exist. It has risen to prominence as the Enlightenment faded into History and modern life fueled massive paradigm shifts.

By now, this train of thought has run out of track. Some things are objectively observable. Modern medicine and computer science both rely on this fact.

If reality is never settled, anything is possible. While I’m sure some women do choose to be lesbians, I suspect most of them are actually bisexual. Because sexuality does exist outside of the pure force of our will.

Postmodernism is the Pandora’s box of philosophy. Along with much-needed flexibility, it has birthed some toxically divisive ideas.

This kind of discourse pushes lesbians out of Feminism. 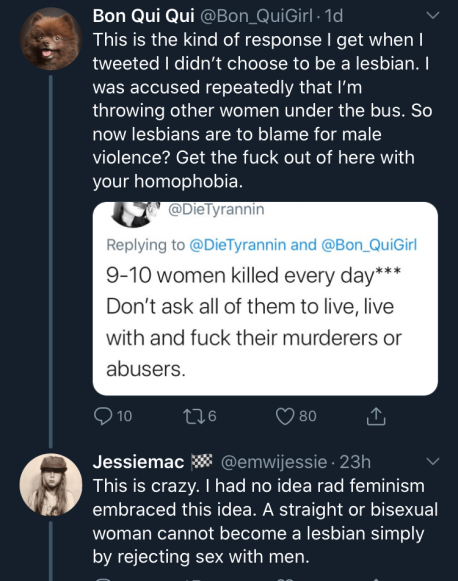 Feminism pushing out women who love women is tragically absurd.

And what’s worse, Postmodernism has a lot going for it. It has allowed for the rewriting of many rules that held us all back. It put another nail in the coffin of religion. It’s the Existentialist notion that the world can be whatever we make it.

Within the limits of physical reality. Unless you’re a Revolutionary Feminist. Or a cultural relativist. Or a trans person.

Each of these masquerades as Feminism while pissing on women’s rights. The simple, objective fact that women are whole human beings must be our core guiding principle or we risk betraying our goals.

And losing a lot of valuable philosophical gains in the process.

Postmodernism allows the redefinition of big concepts, like Marriage, from ‘a man and a woman bound by God for procreation‘ to ‘a committed union between consenting adults.’

Or the redefinition of Woman from ‘subhuman  breeding stock‘ to ‘adult human female.’

Many liberals today simply ask, Why stop there? It’s the Slippery Slope all those paranoid conservatives warned us about. 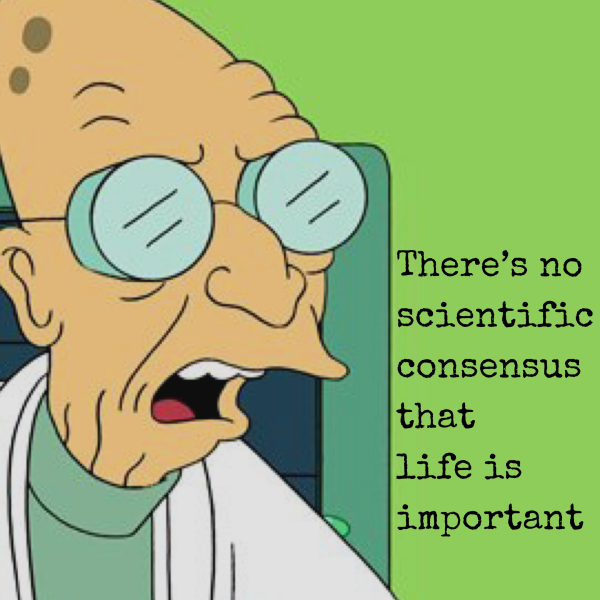 Objective reality is why we stop there. Reproducible results and avoiding harm. Because harming people is objectively bad. Yes, even if they are men.

Things are crazy these days but I truly think, if we can keep a collective grip and avoid slipping into rigid thinking, we will come around to a better understanding of ourselves and the lessons of recent history.

I just hope I live long enough to see it.